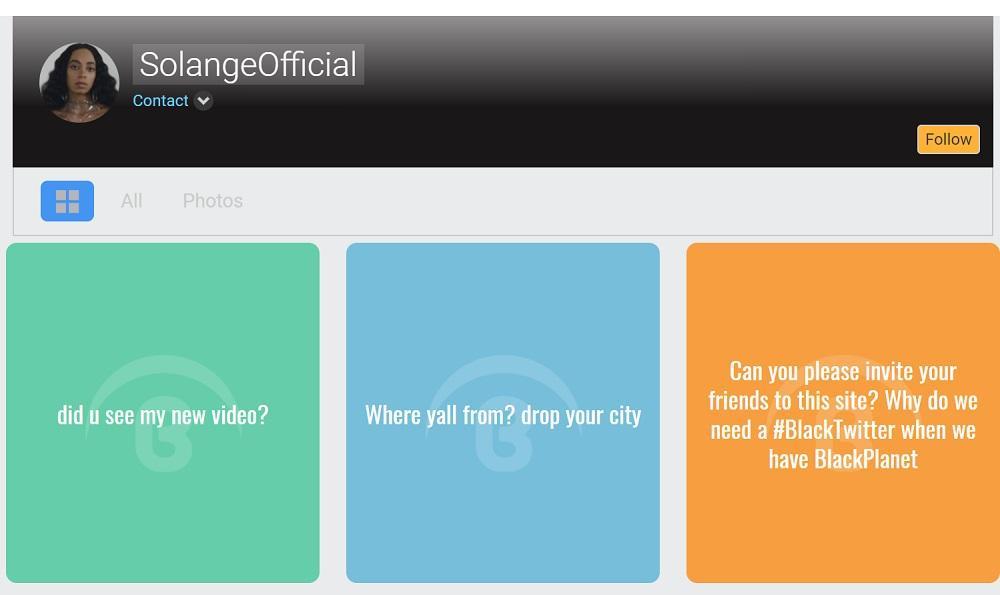 Can A Knowles Help Revive The First Black Social Platform

The birth of Black Planet faced an abundance of opposition. None of the existing major tech companies believed in the concept as Omar Wasow pitched his idea to various investors.  Never the less, he accomplished his dream and launched the site at the beginning of this century.  Although it seems like forever, it was only nineteen years ago.

The site was a huge success and millions of subscribers flocked in to begin the new era of human interaction. Now Black Planet had the attention of all the doubters, but there was only one problem (not really), it was catered only for us, for black people. The success of the platform created the blueprint for a social networking and a brand new market to compete. The owners of Myspace pretty much copied Black Planet's blueprint and launched a site that didn't focus on any particular race.

In 2008 Radio One, a Black Owned media company, bought Black Planet for approximately $38 million dollars. Radio One was founded by Cathy Hughes and in 1999 became the first African American woman to head a publicly traded company. Not much has been reported about the platform since the acquisition took place.

As 2019's Black History month comes to an end, Beyonce's sister Solange began to tweet about the forgotten platform. It seems that she is actively campaigning for people to sign up for an account and participate in the rebirth of the site. She even went as far as to post the following statement on her Black Planet profile page: "Can you please invite your friends to this site? Why do we need a #blacktwitter when we have a Black Planet." Does she have enough star power to influence the masses to come in and revitalize the social network? Only time will tell.

Will Black Planet benefit at a time when more Blacks and African Americans are vowing to commit to supporting Black owned businesses in an effort to bridge the wealth gap? Will the self conscious community embrace this opportunity to rebuild the network that was built for them? The answers will be revealed soon enough as we can do more than hope for the best, but take action to display the power of the Black dollar.