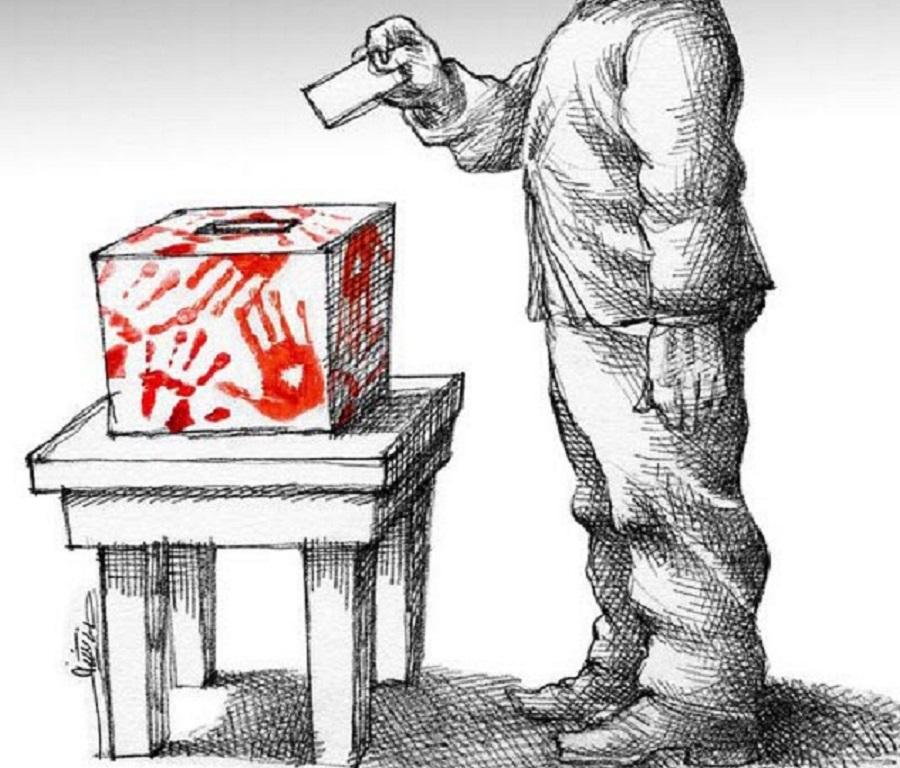 The measures Trump lamented would have made it possible for every eligible voter in the country to cast a vote by mail this November. Other pro-democracy mandates for states and jurisdictions would have included same-day voter registration, a minimum 15 consecutive days of early voting, and at least $2 billion to protect the election. The “crazy” scheme Democrats outlined would save all voters from the agonizing choice between practicing social distancing — i.e. protecting themselves and the rest of us from the spread of the novel corona virus — and exercising their right to vote.

Suppressing the vote has long been recognized as a favored weapon for Republicans competing in battleground states. There’s the conservative group that forced Wisconsin to purge upwards of 230,000 people from state voter rolls more than a year earlier than planned, a move that would disproportionately affect Democrats before the 2020 election. My own Republican Governor, Ron DeSantis of Florida, signed a bill into law last year requiring individuals with felony records to pay back all fees and fines before their right to vote is restored. The governor’s voter suppression tactic was ruled unconstitutional by a federal court in February. Gerrymandering, a map-drawing strategy that has allowed Republicans to pick their voters instead of allowing voters to choose their representatives, is another suppression tactic that’s been around for centuries. President Barack Obama announced last spring that he was personally waging war against it, calling the fight to end partisan and racial gerrymandering “absolutely critical to the future of our democracy.”

Nevertheless, the voter suppression opportunities gifted by the corona virus are perhaps the more easily stomached elements of the Republican’s pandemic enabled plot.

If you’ve been obsessively watching and reading the news like many of us, you’ve probably caught whiplash from shaking your head so much: how many pandemic warnings could one leader of the free world possibly ignore? How many cuts to critical global health staffing and funding can one administration make?

The White House’s National Security Council (NSC) Directorate for Global Health Security and Biodefense was dissolved one year after Donald J. Trump became president. The office was focused on pandemic preparedness. Overall in 2018, Trump called for “$15 billion in reduced health spending that had previously been approved,” according to Fortune Magazine. In the process, Trump’s administration cut the global disease-fighting budgets of the NSC, Centers for Disease Control and Prevention, Department of Homeland Security, and Health and Human Services.

These are just the tip of the iceberg of reasons why most of the black and brown folks I know, really don’t trust the government. It’s no wonder I find myself caught up in heated debates these days with otherwise truly intelligent loved ones over whether or not the coronavirus is actually as dangerous as “the media” reports it to be. CBS News did not help the situation when they recently admitted to using footage from Italy in a report about NYC hospitals overwhelmed by coronavirus sufferers.

“I don’t trust the numbers,” one corona doubting friend argues. “Lysol wipes have been killing corona virus for years. Wear a mask if you want to, I’m good.”

Exasperation with ticket-holders pissed off about the City of Miami Gardens decision to postpone Jazz in the Gardens because “Black folks can’t get COVID-19!” led Mayor Oliver Gilbert to produce a chastising PSA. Accompanied by an op-ed in the Miami Herald, the mayor of the majority African-American city emphasized that coronavirus does not discriminate.

“Black people are not immune to COVID-19. In fact, COVID-19 can pose a greater risk to black people,” Gilbert explained. “COVID-19 is extremely harmful to older adults and those with a compromised immune system. A disproportionate number of black Americans suffer from chronic diseases such as hypertension, cardiovascular disease and diabetes. All of which equal a compromised immune system.”

Black Americans suffer from the worst health outcomes across these and other chronic diseases, a lack of access to quality health care, insurance and essential resources, and the effects of race and racism on our healthcare professionals. It’s no wonder that digging beneath the coverage of Tom Hanks and Chris Cuomo, we now find headlines like this: “NAACP President Derrick Johnson Says ‘Stay Safe’ as Michigan Releases Racial Breakdown of Coronavirus Cases” (People), “Early Data Shows African Americans Have Contracted and Died of Coronavirus at an Alarming Rate” (ProPublica), “New Orleans Area Has Worst Coronavirus Death Rate in U.S.” (Wall Street Journal), and “The Racial Time Bomb in the COVID-19 Crisis” (New York Times).

It’s true, at this point, we can’t do much about the Trump administrations failure to send out millions of test kits and protective medical gear they had access to in a timely fashion, or his deadly misinformation campaigns irresponsibly broadcast in their entirety on national television.

(Except, of course, charge them with war crimes and/or crimes against humanity when this too shall pass.)

However, what we can do, is not go quietly into the night. Brothers and sisters, do not make it easy for  the most nefarious aim of the Republican’s pandemic enabled plot to reduce the number of living black voters to be fulfilled. They know that 89% of us supported Democratic nominee Hillary Clinton in the last election. For God’s sake, stay home! Practice social distancing. Wear a mask in public to protect yourself and others from aerosols in the air that may carry the coronavirus. Eat healthier, drink/smoke less, exercise more, and stay out of the hospitals that really don’t want you there in the first place.

You think Donald Trump and Co. didn’t know that when white folks catch a cold, black folks get pneumonia?

How To Videos
FAQ
Having Trouble
Support Ticket